You waited years to apply for naturalization. Few things got you more excited than the thought of being a U.S. citizen. Recently, though, you made the mistake of drinking and driving.

How will such a conviction impact your application for naturalization? Here are some factors that may be considered:

This is essential for those wanting to become a naturalized citizen. Granted, we all make mistakes once in a while. But a conviction of specific crimes can automatically define a person of bad moral character, at least in the eyes of our legal system.

It’s unreasonable to assume one DUI conviction is sufficient evidence that a person is of bad moral character. Those involved in the citizenship eligibility process must conduct a deeper analysis before making a decision one way or another.

Wording of the state statute

In the state of Tennessee, “a DUI is defined as driving a vehicle with a blood alcohol concentration (BAC) over the legal limit of 0.08 percent. However, depending on the circumstances of your offense, you may receive DUI penalties with BAC of less than the legal limit.”

It’s important to know that most DUI offenses do not contain willful conduct. Where people get into trouble is when there are terms attached to the conviction such as “malicious” or “reckless.” Basically, the more serious the charge, the less likely the applicant will be approved for naturalization.

In 2004, the U.S. Supreme Court ruled that driving under the influence is not generally considered a violent crime. In turn, those applying for naturalization should not be found to be of bad moral character based on DUI conviction alone.

There are times when the applicant may be on probation for a DUI-related conviction while in the process of filing for naturalization. In such cases, he or she cannot be on probation when going through their citizenship interview. One more thing to keep in mind here is that the interview is typically held six months after the application is submitted. 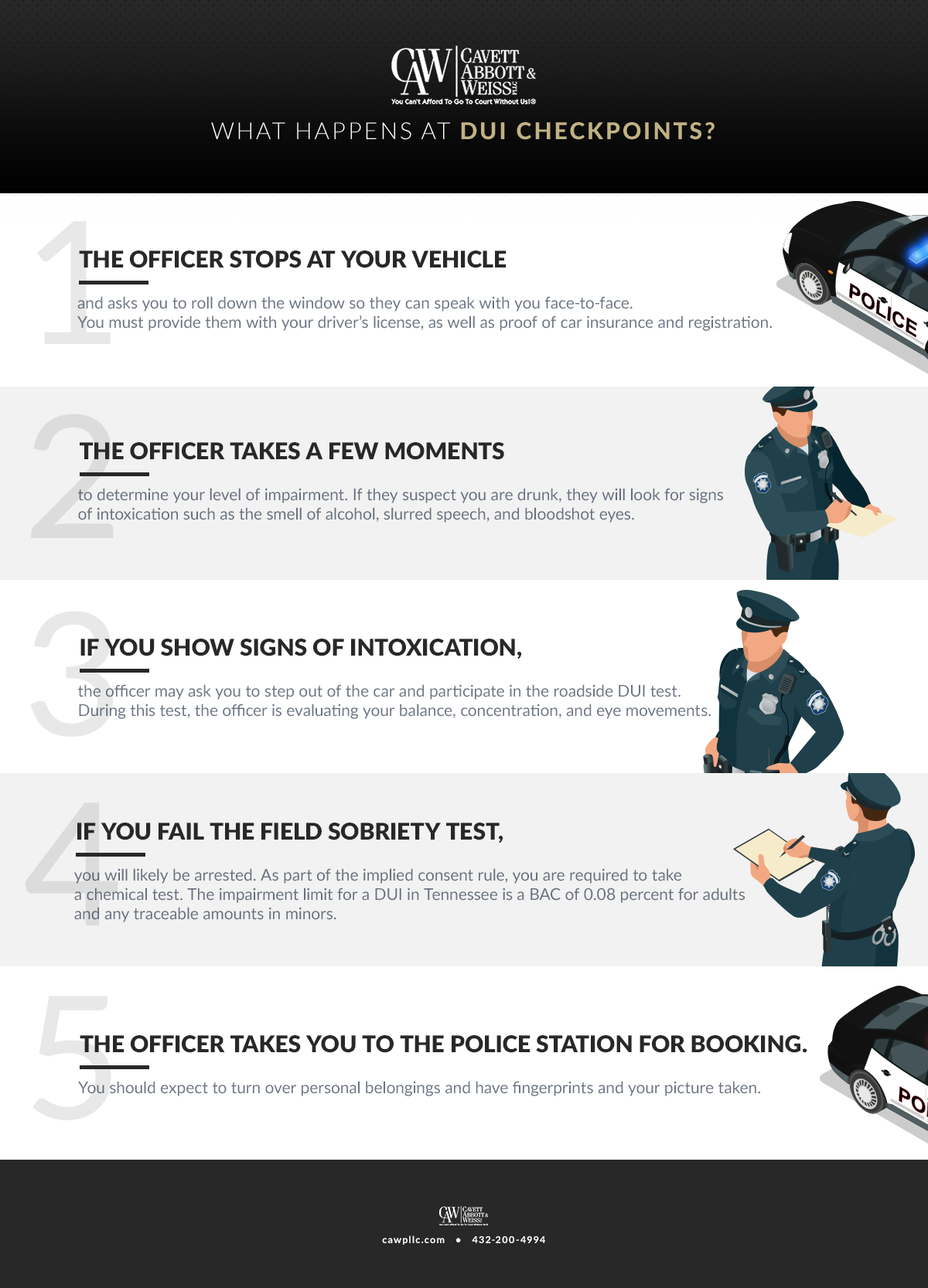 Are you concerned about a DUI conviction impacting your immigration status? Then you may want to consult a DUI defense attorney at our Chattanooga, TN law firm. Our lawyers can examine the police report, court documents, sentencing documents, as well as the relevant state statute before you complete the application for naturalization.

Here’s the thing: Every DUI case is different and should never be treated the same. At the law office of Cavett, Abbott & Weiss, we will consider factors such as whether or not you were read your rights. Our attorneys will also see if the officer had you complete certain maneuvers.

There’s no question that drinking and driving is a serious matter. That said, if you were arrested on DUI charges, the last thing you want to do is sit back and let the matter ruin your entire life. At our law firm, we strive to mitigate circumstances and get you back on your feet.

See what a DUI defense lawyer can do for you. Contact Cavett, Abbott & Weiss today.